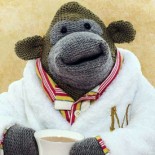 I originally wrote this back in 2004 on another blogging site. It’s been 40 years since this storm and people still talk about it, so I’m reposting it here. Some of the links below don’t work anymore.

The howling of the wind woke us up just before my mom screamed at us to get out of bed and hurry down to the basement. Our brick house seemed to be shaking. The next thing I remember is hiding with my sister under a big oak table in the basement. Well, it wasn’t really a basement but the half-below-ground-level bottom floor of a split-level house. If I peeked out from under the table, I could see the sky. It was green with streaks and lines of dark brown and black. It was almost as if I could see the wind. The air itself, not just the sky, was green.

Later that day, after the storm had passed, the sun was shining in a mostly clear blue sky. Our power was out, as it was seemingly everywhere else. For some reason, my mom drove us over to visit her friend who lived about a mile away — perhaps to check in on her. Along the way, we gasped at the toppled trees, damaged houses, and scattered “debris”. This debris consisted of patio furniture, roofing material, and what looked like segments of somebody’s above-ground pool.

I’ve often asked people if they remember “The Green Storm of 1980”, but I never get the enthusiastic response I expect, “Oh my God — you remember that too?” I guess it just didn’t have the impact on others like it did me, but maybe that’s because their mothers didn’t freak out and rush them down to the basement for cover.

Given my other successes in resolving childhood mysteries and fuzzy memories with Google, I’d always planned on researching the causes and possibly even finding hard weather data collected during this anomalous event. Tonight, here’s what I found:

Fujita and Wakimoto (1981) provided extensive documentation of the 16 July 1980 derecho that produced widespread damage across large areas of Michigan, Illinois, Wisconsin, and Minnesota. They indicated that this storm produced approximately $650 million in damage as it traversed the four-state region. Accounting for inflation (to 2003 dollars), this storm produced an estimated $1.3 billion in damage from strictly straight-line winds. This estimate exceeds many damage tallies from U.S. hurricanes and is larger than the inflation-adjusted damage estimates from all major tornadoes that have affected the U.S. from 1890-1999 (Brooks and Doswell 2001).

This talk about green skies again has me thinking about a viscious storm that hit Detroit/Windsor near 8:30am on July 16, 1980. The storm produced a major downburst with winds to 150 mph that caused widespread, locally severe damage. From my vantage point, the storm approached from the west while the sun was shining in the east. Before the winds really started to pick up, a deck of cumuliform cloud rolled in. Numerous green shafts of light could be seen. I believe these were not hail shafts but beams of sunlight between individual cumulus clouds. However, they were greenish in colour. There was a strong, sustained wind after that accompanied by rain but I don’t remember any hail. I later found out that an F2 tornado had passed several km to the south. Just another data point…

ANOTHER STORM (WITHIN DERECHO TYPE THUNDERSTORMS) ALSO IS IN THE SAME BALLPARK AS THIS MAY’S WIND GUST AND OCCURRED BACK ON JULY 16TH, 1980. WHILE ISOLATED WIND GUSTS OF AROUND 100 MPH WERE REPORTED IN SOUTHEAST LOWER MICHIGAN (OUTSIDE OF METRO AIRPORT) THAT /16TH/ MORNING…OFFICIALLY AT METRO…A 75 MPH WIND GUST WAS CLOCKED.

Another costly F2 tornado occurred in the Allen Park and Ecorse areas on July 16, 1980. A number of buildings, as well as a train, were either damaged or destroyed by this tornado before it moved into Ontario. Total damage was estimated at over $5 million.